Skip to content
UniEnergy Technologies » Alternator vs Battery vs Starter: Why Your Car Won’t Start? 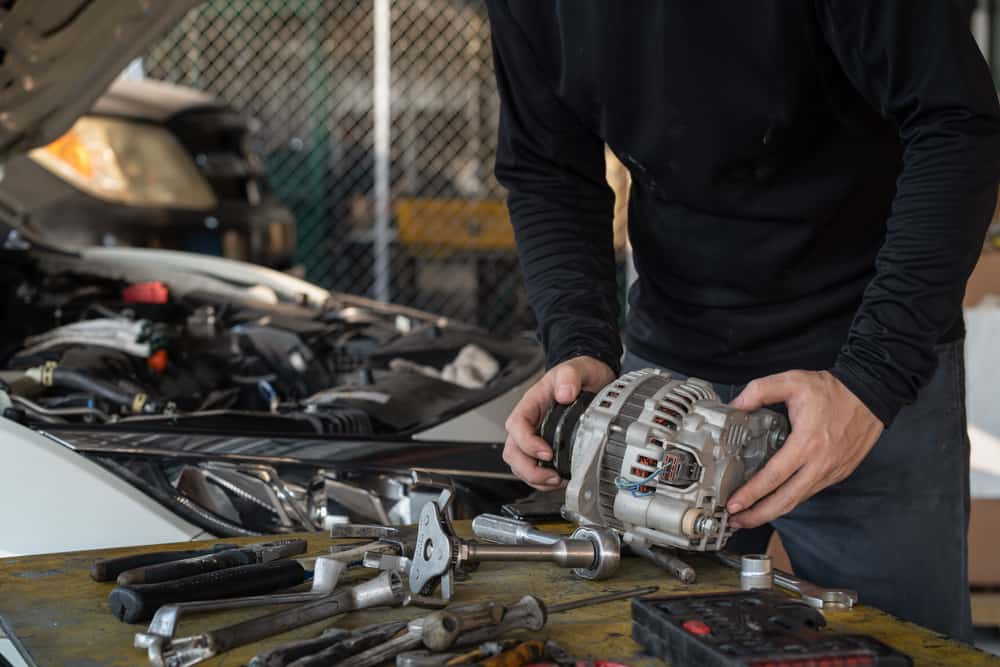 When it comes to the electrical system of any vehicle, the alternator is a very vital component. Its main purpose is to transform the energy produced by the crankshaft into electricity that can be used by the car. As it supplies energy to the car battery, it charges the battery. This allows the battery to power the starting system of the vehicle in addition to all the other electrical accessories.

If there is an issue with the alternator, then the energy produced by the crankshaft would not be converted into electrical energy. When this happens, the battery does not receive any charge, even if the car is running and energy is generated by the crankshaft.

The number one purpose of the car battery is to start the car. What powers the alternator is a pulley system that is connected to the engine. What this means is that the alternator doesn’t generate energy if the car is turned off.

Now, this is why a good battery is needed. It gives your car the initial energy it needs to start up. After that, the alternator takes it from there and generates the energy required to run the vehicle and also charges the battery so it can provide the kick-off energy when next you turn off your car.

The car’s fully charged battery also acts as a regulator and distributes the correct amount of power to the different components in the vehicle.

The starter is the component of your vehicle that is tasked with the responsibility of starting the engine when you hit the start button on your car or turn the key. It gets its power from the battery. The energy obtained from the battery is used to switch the engine on and start the car. If the starter of your car has an issue or is damaged, then there is no way you can start the vehicle. 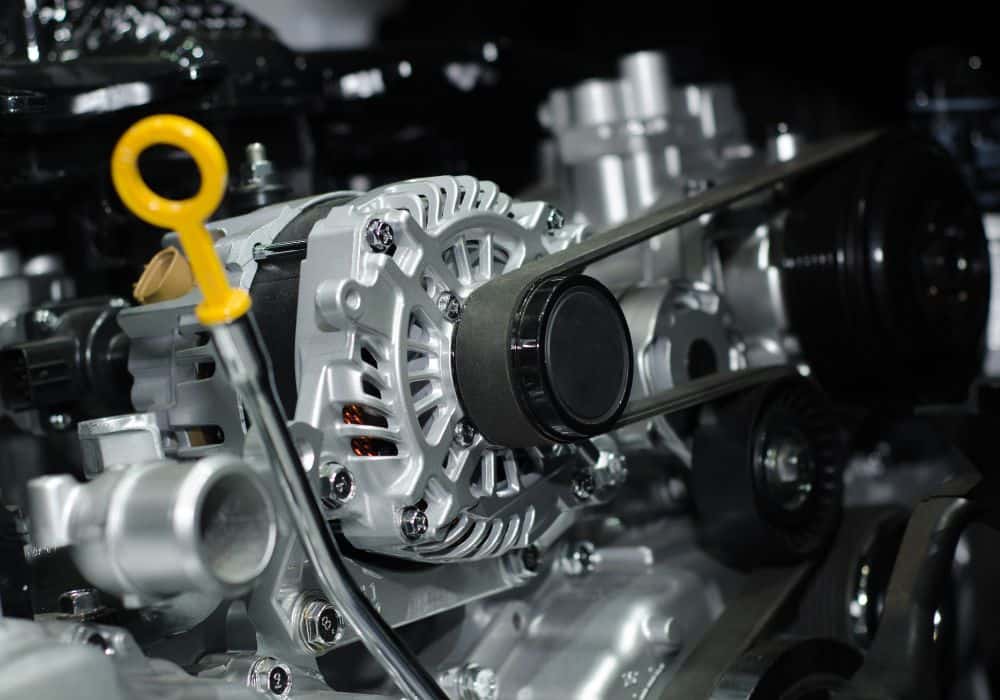 When your vehicle begins to have ignition issues, then the alternator is one of the last components that could be responsible. If you jump-start your vehicle, does the engine go off immediately after you disconnect the jumper cables? Or, do your car’s headlights flicker or decrease as soon as you start the vehicle? If the answer to any of those questions is yes, then you most likely have a bad alternator that is not capable of charging the car’s battery. You will need to have it fixed or changed as soon as you can.

The alternator powers the electrical system and charges the battery as the engine of the vehicle is running. In some newer vehicle models, “ALT” or battery-shaped warning lights will be displayed on the dashboard. This is an indicator that you need to replace or repair your alternator.

signs of a bad alternator:

There are some symptoms of a bad alternator you need to be on the lookout for as they tell you it is time to repair or replace the component. These include; 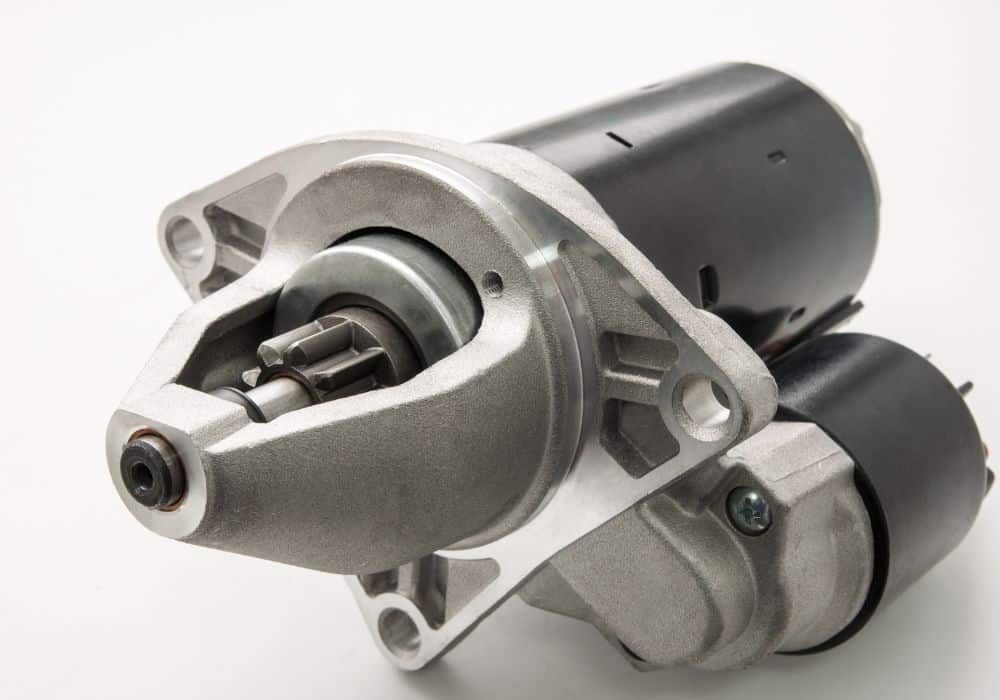 If you can hear some whirring and grinding noises coming from beneath the hood of your car as you try to start it, then you probably have a faulty starter. There are times when the engine might pick up after some moments. However, those sounds are the only ones you hear when you’re expecting the engine to start. The car battery is linked to the starter motor by the starter solenoid. If you try to start the engine and it doesn’t pick up but only the dashboard lights, come up, then you need to change your vehicle starter.

Signs Of a Bad Starter:

These are some sure warning signs that you need to change your starter; 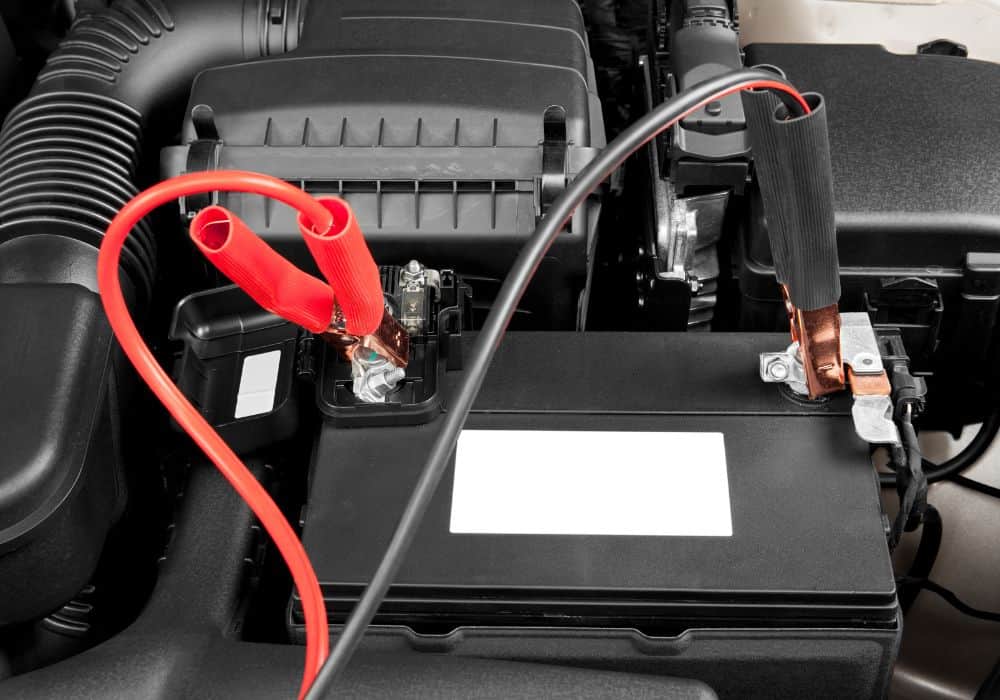 On average, a car’s battery should be good for about five years. Its design does not allow it to hold a charge for an extended period. This is why while you drive, the battery is always recharged by the alternator. One of the reasons why the battery slowly loses its ability to hold a charge is because the interior metal elements of the battery are susceptible to corrosion as time goes by.

The battery as a vital component is responsible for powering the starter and also the electrical system as the car is turned off. If your vehicle is having starting issues, then the first component you should check is the battery.

Signs Of a Bad Battery:

There are some clear signs that indicate you have a faulty or dead car battery. When you notice any of these signs, ensure you change your car’s battery. 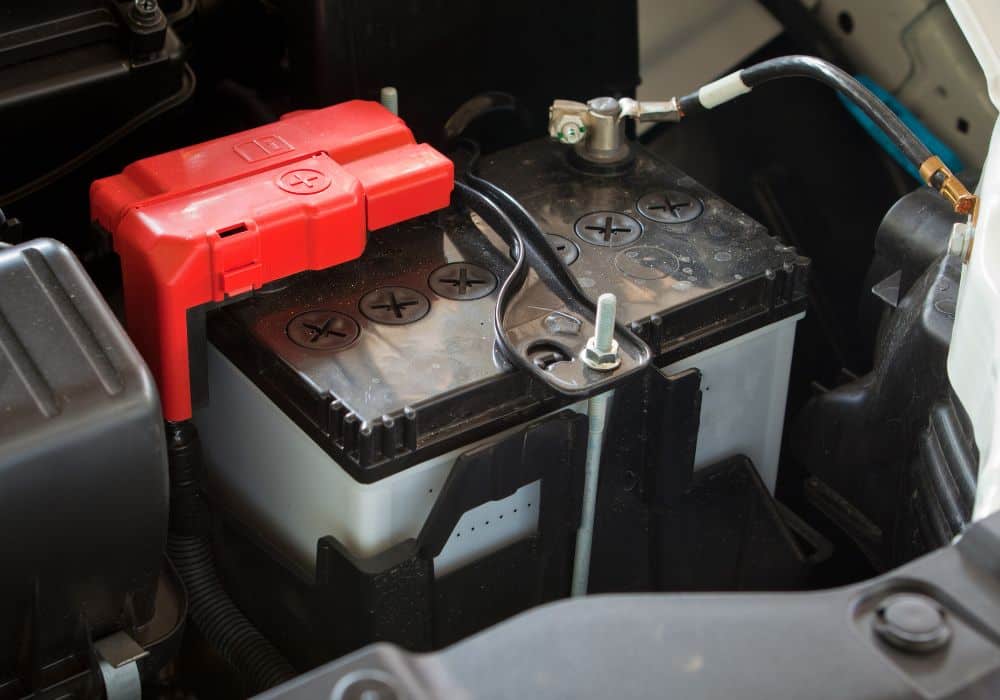 These are some of the most prevalent causes of battery failures in vehicles;

Risks Associated with Driving with A Bad Battery or Alternator

1. Driving With a Bad Battery

If you have a bad car battery and it dies, it is still possible to jumpstart the vehicle and then get on your way. This is because you have the alternator to power the vehicle as you move along the road. But you should keep in mind that this might cause problems as the alternator might overheat. Continuous overheating would damage the alternator eventually.

This is why it is not recommended to consistently jumpstart and operate your car. You should opt to get a new battery if the one you have is faulty.

2. Driving With a Bad Alternator

While it is possible for you to drive around with a bad alternator, there are certain issues that could arise that mean you need to get a new alternator. This is because most of the vehicle’s power outage will need to be absorbed by the battery. These are some of the risks:

If you notice that your starter, battery, or alternator has developed faults, then the best bet would be to allow a professional mechanic to inspect them and do the necessary repairs. If the damage is beyond repair, then you can also employ their assistance for the replacement.

If every one of these components is working without issue, then you can drive your vehicle frequently without a hassle.