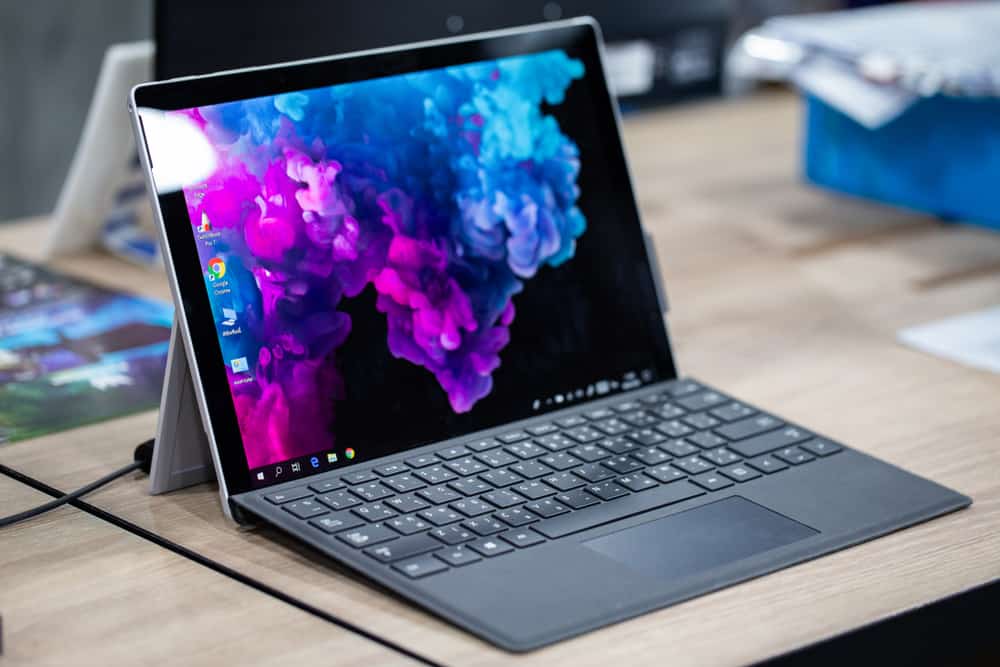 Is your Surface Pro battery draining much more quickly than it should? Or perhaps the battery is completely dead. Either way, you may be worried about the cost of a replacement.

Not only do you need to worry about the cost of a battery, but also finding someone to replace it for you. Thankfully we’re here to ease your mind. We’ll give you all the info you need, so you know what to expect when it comes to Surface Pro battery replacement cost.

The exact cost of replacing the battery in your Surface Pro will depend on several factors. You have three main choices either having it replaced through Microsoft, using an independent repairer, or trying to repair it yourself.

The cost of these reduces with each option with Microsoft being the most expensive, doing it yourself being the cheapest and an independent repairer somewhere in the middle.

What Microsoft will charge is dependent on the model you have. The cheapest option is the Pro X, with the Pro 9 being the most expensive. Here you can expect to pay anywhere from $290 to $400.

An independent repairer will be a lot cheaper. You can either find a company online that can repair it, or search to see if someone can fix it in your local area. The price range will be from $150 to $300, with most offering their services for $180 to $250.

Replacing the battery on your own means you only need to buy the battery, assuming you also have the tools to do the job. Depending on the model and brand, you can buy a Surface Pro battery for approximately $60 to $100.

Before you send your Surface Pro away, it’s always important to check whether or not it’s under warranty. If there is an issue with your battery within the first year of ownership, it’ll likely fall under the warranty, and you won’t have to pay for it.

You don’t want to make the mistake of paying to get it repaired because you forgot it was under warranty. It’s always a good idea to check your paperwork to see if you’re still covered. If not, you’ll need to pay for the replacement yourself.

Do I Need to Replace My Battery?

With the costs involved, you may be wondering whether you actually need to replace your battery. Sometimes what looks like battery issues may be due to another problem. If you notice any of these, it’s a good idea to rule out other potential problems before considering battery repair.

Overheating – If your Surface Pro is constantly overheating, you may think that you need to change the battery. While this can be a battery issue, there may be other issues that are causing your device to get too hot.

One of the most common reasons for overheating is that too many applications are running in the background. This can happen when you open up a new app without closing down old ones. If you have this habit, you can end up with several apps running simultaneously.

Due to this, your overheating may not be caused by a battery issue but by overuse. It could also be that you have faulty drivers incorrectly running your apps. Either way, it’s good to rule these out before having your battery repaired.

If your device becomes very hot without any applications running, it’s most likely a battery issue. An overheating battery can damage other components, so this is an issue you want to solve right away.

Won’t charge – If a battery doesn’t charge, you’ll most likely presume that your battery is dead. This will be true most of the time, but there may be other causes too that you’ll want to rule out before you spend hundreds of dollars on repairs.

If not charging is an issue, it’s best to run through a checklist. The first is to see whether or not the charging light is on when you plug it in. If not, it indicates that the device isn’t receiving any power. The first thing to do is double-check that your outlet isn’t faulty. You can plug in another device or appliance to check the outlet works.

The next step is to try and charge a different device with the USB charger you have. If it charges, you know the charger isn’t the problem. If it doesn’t, then you’ll just need to replace it. You should also check that the charger isn’t damaged, as faulty cables can lead to inconsistent charging.

Other simple checks you can do involve the obvious step of restarting your device and flipping your charger around to see if it works the other way. If none of these suggestions solve the issue, it may be a software glitch.

If your Surface Pro works with the electric cable connected, then the first thing to do is to check to see if a Windows update is available and download that. Failing that, you can also reinstall your battery driver, as that could be the problem. If none of these solutions work, then your battery is the problem.

Battery draining – If your battery is draining too quickly, it can be caused by many of the same issues that cause overheating. Along with running too many apps, however, there can be many other causes of your battery rapidly draining.

The first thing to do though is checking those apps. Follow the same advice in our overheating sections, which includes closing down apps but also seeing which applications are allowed in the background, as you may need to change your permissions.

Added to app overuse, other potential issues are incorrect software settings, a bad display configuration, or accessories plugged into your Surface Pro. The device does have a ‘Surface Diagnostic Toolkit’ you can download from Microsoft to check and fix any problems.

How Long Does a Repair Take?

Most repair shops will say it’ll take around 2-3 hours for the battery to be replaced. This is due to the difficulty of the task, and also factors in other repairs that they may need to conduct. The actual repair time should be shorter than this.

Some places can have your repaired Surface Pro back to you within 30 minutes. However, if you need to send your device away for a battery replacement, the whole process may take a couple of days.

Can You Replace a Surface Pro Battery On Your Own?

Technically you can, but it’s very difficult. As you’ve probably noticed, there is no way that you can open up your Surface Pro to access the battery. As with most modern phones and tablets, they are completely sealed.

If you’re wondering how you get to the battery, it involves a heat gun and softening the glue that connects the screen to the rest of the device. Not only is this a slow process, but you can also easily damage your Surface Pro if you try to rush it.

Once you lift the screen up, the difficulty doesn’t stop there. You need to remove a multitude of screws, and the heat sink, and also use the heat gun again to lift the battery. There are plenty of other steps too, which make this a complicated job.

Unless you’ve had prior experience with a similar task or can’t afford to pay someone else, we would definitely not recommend doing it yourself. Added to this, it’s also worth noting that replacing the battery yourself would almost certainly void the warranty if it’s still valid.

Who Should Repair Your Surface Pro?

If you’re not going to replace the battery in your Surface Pro, who should? If money isn’t an option, the best thing to do is to use Microsoft’s out-of-warranty service. This can be quite costly, but you have the confidence and security of using Microsoft to repair your device.

If you want to save a lot of money but still get high-quality service, plenty of options are available. There are some websites that will repair your laptop, but it’s also worth looking to see if you have a local repair shop with favorable reviews.

Using a local repair shop will most likely be the cheapest way to replace your battery (aside from doing it yourself) and the fastest method. This is the option we’d recommend but for ultimate peace of mind, you can always send your Surface Pro to Microsoft.

If you want a good price for replacing the battery in your Surface Pro, you can expect to pay approximately $200. The exact price will vary from one repair shop to the next, but you shouldn’t pay over $300 for an independent repair shop.

If you want to use Microsoft’s out-of-warranty service, you can expect to pay up to $400, and doing it yourself will only cost the price of the battery. Before you go ahead with battery replacement, it’s always worth checking if there is another problem causing your battery issues rather than the battery itself.