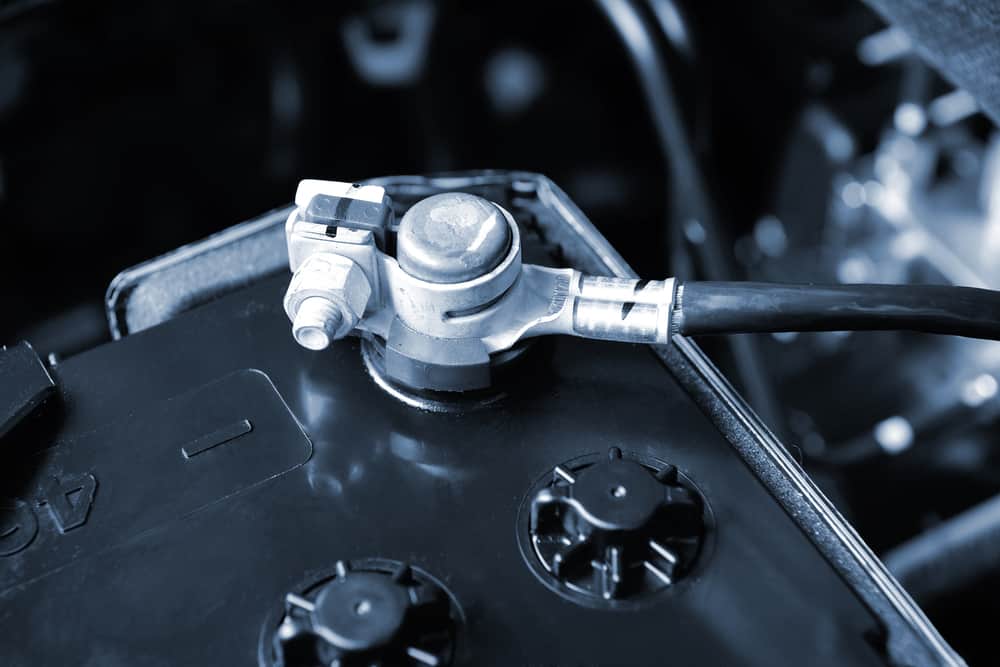 A battery has two terminals at its two ends. One of them is positive, and one of them is negative. These two electrical ends connect the battery with either a power source or a device.

That’s a summed-up answer to your question. But in the guide below, we’ll dive deep into what battery terminals are. We’ll explore:

What Are Battery Terminals?

In the electrical world, the term terminal refers to a connector. It connects two circuits, ensuring a smooth current flow between them. Visualize this with the following image:

The battery terminals form a connection between all three batteries and enable them to empower a bigger electrical appliance or device. They connect with one another and then an external circuit like this:

*Each bulb in the picture above has a circuit of its own.

Know that there’s a difference between the type of battery used by each of these.

Although the concept of battery terminals for a car battery and an AA battery you put in your TV remote is the same, the term is more commonly used in the automobile industry.

Structure of a Battery Terminal

Visually, battery terminals are pieces of metal. These pieces may be integrated within the battery structure or connected externally.

Structurally, battery terminal ends are usually made up of lead. The metal exhibits excellent conductivity and resistance to corrosion. Lithium-ion batteries, however, have a graphite anode and any of the following three metals for its cathode:

In terms of size, the cathode terminal is slightly larger than the anode terminal. The difference in size has nothing to do with the performance. It only differs to ensure the safety and convenience of the user. If you connect the terminals to the wrong ends of a battery, it might damage the entire circuitry.

How Do Battery Terminals work? 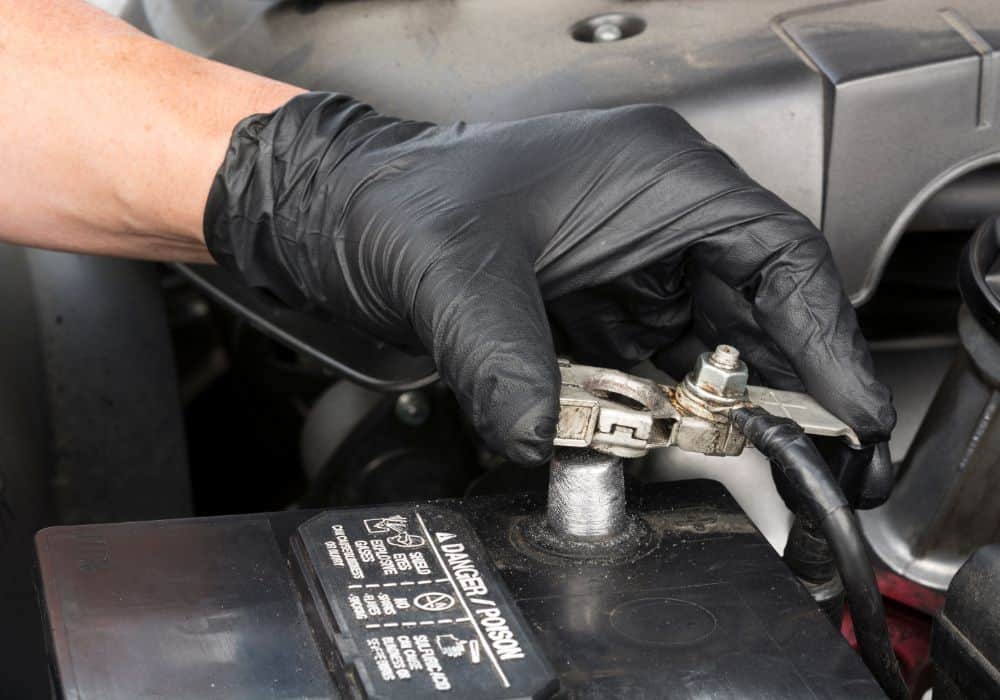 With that said, things are a bit different when you connect a battery’s terminals to an electrical power source. Instead of powering another device, the battery regains its charge. It does so as electrons from the power source convert into chemical energy inside the battery and get stored.

The two major types of battery terminals are the material of manufacture and terminal layout. Here’s a quick insight into both:

As mentioned earlier, different materials are used to manufacture battery terminals. Before settling for any material, you should assess the mechanical strength, resistance to oxidation, electrical high conductivity, and price.

There are about six different types of battery terminal layouts. These include:

As for automotive battery terminals, there are three prominent types. These include:

Amongst these, SAE terminals are the most popular terminal type for automotive cars and motorcycles. JIS type was popular amongst Japanese cars, and L terminals come in handy for light-duty vehicles like snowmobiles.

There’s another type of terminal featuring four posts. These are the marine battery terminals. Two of its posts are SAE terminals, and two are threaded posts.

What happens if the battery terminal is loose?

Loose battery terminals can lead to excessive resistance in the current’s path. The battery may not be able to supply the power that the connected electrical system requires, which may lead to the failure of the connected system and a dead battery.

For example, a loose battery terminal can damage the car battery. This electrical problem will cause the failure of audio systems. Sometimes, the navigation system can also be affected.

Do you need to replace a battery terminal?

You’ll need to replace your battery terminal every 50,000 – 100,000 miles. But if you’re using poor-quality battery cables and wires or living in a place with harsh outside temperatures, you might have to replace the terminals much earlier.

Some visual symptoms include corrosion, rust, and damaged parts. If you notice green corrosion and grime going into the lead terminals, know that they are completely gone.

By now, we hope you have a clear answer to your question, i.e., what are battery terminals? These are metal contacts that help batteries connect with other electrical devices and do their work. If there’s still anything about battery terminals that confuses you, let us know in the comments below. We’ll get back as soon as possible!