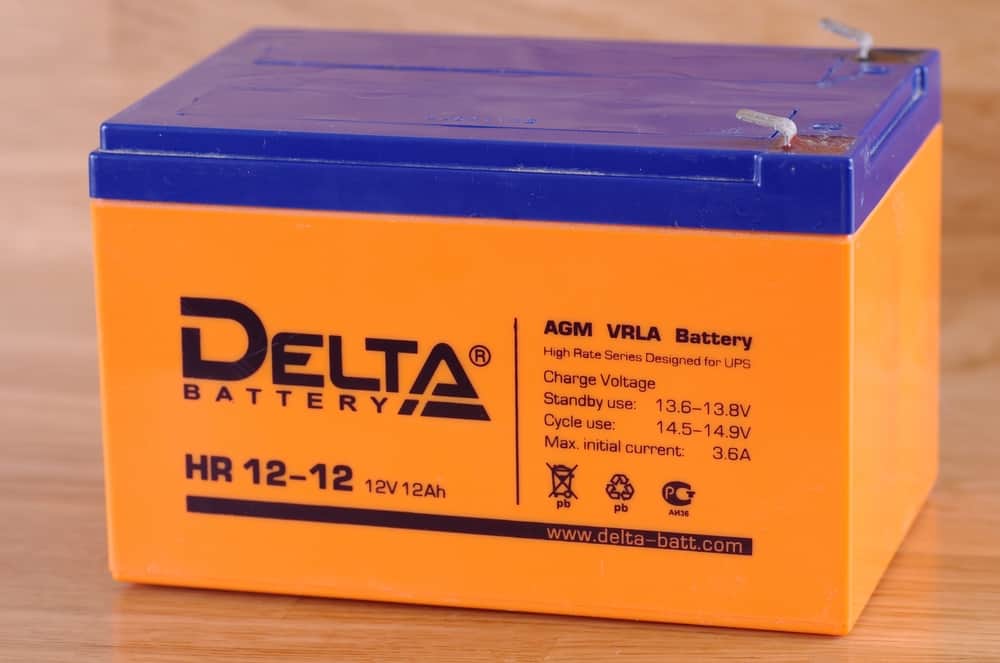 For most people, batteries are like socks: you buy them without much thought and then have plenty of them lying around. However, when it comes to using your battery power for something important, such as your car or laptop, things get a bit more complicated.

In the world of batteries, SLA or VRLA batteries have two types you can buy for your vehicle: AGM Absorbent Glass Mat (AGM) and gel cell batteries. Each has its advantages and disadvantages, so we will compare these two to help you decide which is best for your needs.

Sealed Lead Acid Batteries, also known as Valve-Regulated Lead-Acid batteries (VRLA), are rechargeable batteries sealed with electrolytes. They are the same battery type but with different acronyms. They are also a subset of lead-acid batteries common to flooded lead batteries (FLA) due to the liquid electrolyte used in them.

They’re used in a wide range of applications, including motorcycles, ATVs (All Terrain Vehicles), generators, golf carts, forklifts, toys, and medical devices with different voltages and amperage. SLAs are also used in stationary applications such as backup power supplies and uninterruptible power supplies (UPS). It can last between 300-500 cycles of charge and discharge and a service life of only 3-5 years.

2. The Advantages of SLA Batteries 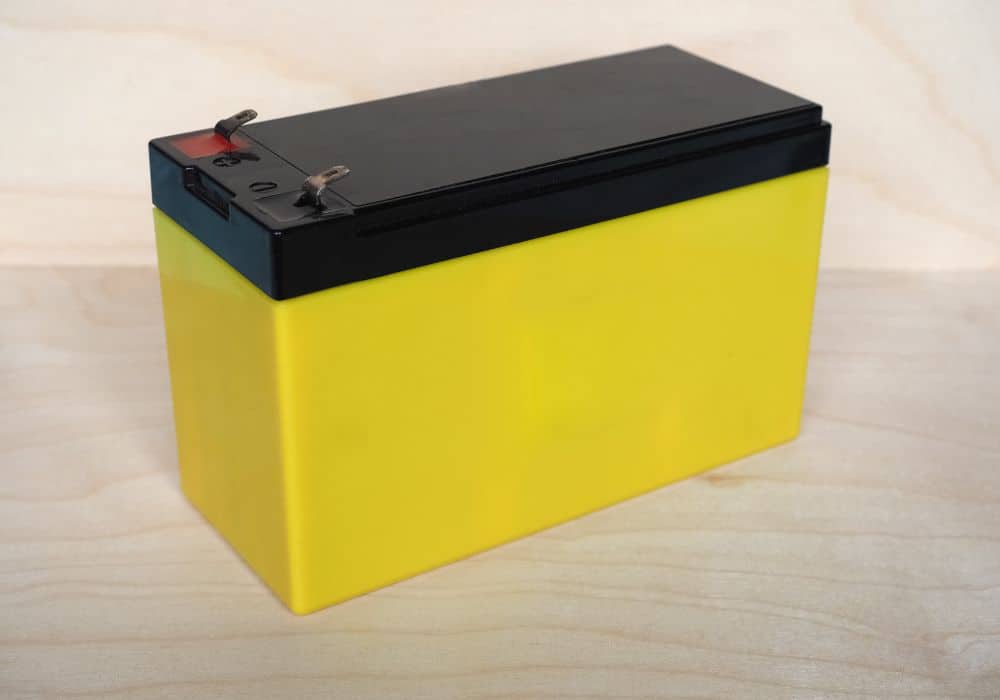 3. The disadvantages of SLA Batteries

A disadvantage of SLAs is that they require maintenance—if not properly maintained, they can lose their ability to hold a charge over time (called “sulfation“). This means you’ll need to check up on them regularly and use a standard battery charger so that you know if there’s anything wrong before it becomes too late!

Another advantage of SLA batteries is that they’re very more expensive than their lithium counterparts yet have a shorter lifespan.

What Is an Absorbent Glass Mat (AGM) Battery?

Discovered in 1859, AGM batteries are another type of SLA/VRLA batteries that uses sponge-like fiberglass mats separators soaked in sulfuric acid to produce a charge rather than traditional porous cardboard or films.

A “hybrid version of the lead-acid and gel batteries,” AGM batteries have a higher energy density than conventional lead-acid batteries, meaning they can store more power in a smaller space. They also have a longer lifespan and don’t require maintenance (like topping up with water) as wet cell batteries do.

To be more specific, AGM stands for Absorbed Glass Mat — the matting technology inside the original battery allows it to work without using the liquid electrolyte.

It can last between 500 of charge and discharge and a service life of only 6 years.

1. The Advantages of AGM Batteries

AGM batteries have several advantages over other types of batteries. They can be stored for extended periods of time, and their life span can be extended by keeping them charged and avoiding deep discharges. It allows for 5 times faster charging times. They are also more resistant to damage from deep discharges than other rechargeable batteries.

2. The Disadvantages of AGM Batteries

The main disadvantage of AGM batteries is that they are more expensive than flooded lead acid or gel cell batteries. However, this cost is offset by their long life span, especially when compared to traditional lead acid batteries. Also, AGM models have low specific energy.

Are Gel Cell Batteries the Same as AGM Batteries?

But a lot of people mistakenly thought they were because they are similar in some ways. The only difference is how they hold their electrolytes.

Considered deep cycle batteries, gel cell batteries use silica agent (or sand) and, therefore, cannot overcharge and is not good as your starter battery but are ideal for emergency applications.

On the other hand, as mentioned, AGM batteries use fine glass fiber mats. It has a higher internal resistance and tends to last longer than SLA batteries due to their higher depth of discharge and charge acceptance rate.

For that reason, AGM batteries are sold in great quantities than gel cell batteries at about 100 to 1 rate.

Difference Between SLA and AGM Batteries

AGM batteries use glass mats to hold the electrolyte in place. These are nonporous and will not leak even if punctured. They also have very low internal resistance, so they can deliver high currents at low temperatures (good for cold weather starting).

SLA batteries use an absorbent sponge that holds their electrolyte in place. This makes them more prone to leakage than AGMs if they’re damaged or overfilled with acid or water, but it also makes them lighter than AGMs, which means they’re better suited for applications where weight is a concern (like boats).

SLA vs AGM – Which is Better?

Depending on your needs and preferences, either one of these options can provide you with tremendous energy and quality as you charge your electronics. But if we had to pick just one (we shouldn’t have to—in the end, it’ll probably depend on what you’re looking for and how much you’re willing to spend), our vote would have to go to the AGM battery. The SLA battery is not a bad option by any means, but the AGM, in our opinion, features a few more important features that make it an unmatched contender.

Difference Between AGM and Gel Battery

The main difference between a Gel battery and an AGM battery is what they use to store electricity. Gel batteries use a gel instead of a glass mat, which means it has a lower internal resistance than AGM models. This means that an AGM battery produces more power than a gel battery at any given voltage, making it more suitable for high-performance vehicles.

Other Types of SLA Battery: Deep Cycle and SLI Battery

Deep cycle and LSI batteries are both a type of lead-acid batteries. They’re both designed to be discharged and recharged over and over again, but they each have a different use case, so it’s important to know the difference between them.

LSI (Lighting, Starting, Ignition) batteries are a specific type of SLA designed to provide high currents at short intervals—they’re ideal for starting your car or other high-voltage devices that require fast bursts of power.

Besides being maintenance-free and leak-proof, SLA batteries have other benefits for your car:

What Is Flooded Lead Acid Batteries?

Flooded lead acid batteries, also known as wet cells are traditional batteries used in homes and businesses. They contain a liquid electrolyte, which is a mixture of water and sulfuric acid, which means the positive and negative plates are submerged in an electrolyte solution at all times.

The electrolyte allows electricity to flow between the anode (negative electrode) and the cathode (positive electrode). Flooded lead batteries are much heavier than other batteries because of their thick lead plates.

What Are Flooded Lead Acid Batteries Used For?

In the end, the choice comes down to what you’re looking for in a battery. You’ll now have the information you need to make that decision. Just remember that you’ll need to factor in important things like warranty and price if you decide to go with one or the other.

Avoid being swayed by marketing terminology unless it has specific weight in your area of interest. And if you have any further information regarding these two batteries, you can always comment below or get in touch with us through the comment section.