Skip to content
UniEnergy Technologies » Why Is My Trailer Battery Not Charging? (5 Explanations & Fixes) 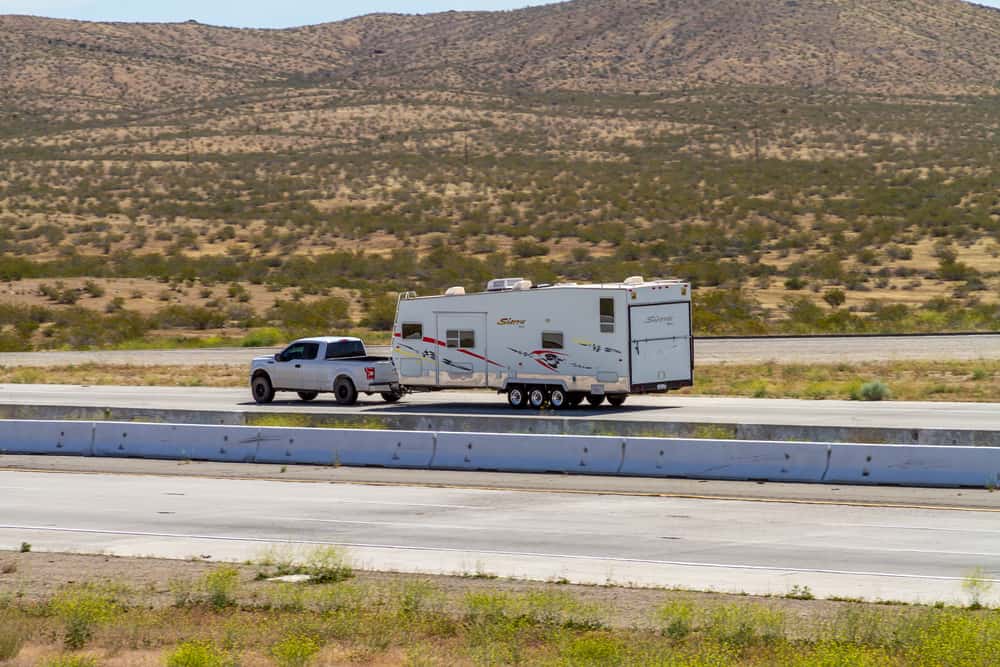 RV trailers are incredibly convenient vehicles but they also require quite a bit of maintenance. And the same applies to RV batteries. Of all the possible reasons for a camper battery to go dead or start working suboptimally, poor maintenance almost always is the core underlying cause.

Still, once the problem is already present and you’ve got a dead RV battery on your hands, wishing you’d done better maintenance is pointless. So, let’s go over the 5 most common explanations for why is my trailer battery not charging and what their fixes are.

Why is my trailer battery not charging?

The first thing to note is that there are actually many different types of batteries a trailer can have. Flooded lead-acid batteries are probably the most widespread but there are also lots of valve regulated lead acid (VLRA) batteries, as well as gel batteries out there.

For future purchases, we’d recommend VLRA or flooded lead-acid batteries over gel batteries – the latter is great for marine applications but aren’t ideal for RVs. As far as fixing a trailer battery that’s not charging, however, the difference between these battery types really isn’t all that significant. So, let’s go over the usual culprits:

1. The battery’s terminals are dirty and/or corroded

Probably the most common reason why a battery isn’t charging properly is dust, dirt, debris, or corrosion present on the battery terminals and battery cables. The first troubleshooting step, therefore, is simple – look for noticeable corrosion and dirt on the battery connections and cables.

Such corrosion is generally likely to appear on most batteries over time, especially if you use the vehicle regularly. That’s because it’s due to the continuous process of sulfation which occurs as the battery goes through its discharge and charge cycles over and over again. Still, prevention is important too as that sulfation will happen faster and to a much great degree if:

Avoiding these issues is crucial to avoid corrosion and other battery problems. But what should you do if the battery’s terminals are already corroded to the point of the battery not functioning properly?

To do that, remember to first turn off the engine and make sure there’s no risk of accidents. Then, pop the vehicle’s hood and look at the battery’s terminals. If the corrosion and dirt on the battery’s cables and terminals are noticeable, you’d do well to clean it properly. You can do so with baking soda, vinegar, and/or with some brushing too.

You can also try getting a commercial corrosion removal product but soda or vinegar usually work just fine. After you’ve cleaned all the corrosion properly, you can also apply a standard battery corrosion protection spray of some kind to avoid or at least delay future corrosion problems.

Then, just try to charge the battery again – in most cases, that should be enough to fix the issue, especially if the corrosion was indeed significant. If the battery still isn’t charging, you can still try any of the other steps below. Plus, even if the corrosion wasn’t all that major and you’re certain it’s not the issue, it’s still a good idea to clean it before it’s turned into a whole new problem.

2. There are issues with the trailer’s converter

The former is responsible for keeping the trailer’s internal components cool and functioning as overheating can easily lead to short-circuiting and other issues. The thermal sensor’s task, on the other hand, is to notice when things are out of order and signal you in time. So, what should you do if you suspect an issue with the converter’s components?

The first step here would be to just look for any damaged wires, a burned smell, or anything that seems to be out of the ordinary on and around the converter. Then, inspect the converter’s cooling fan as that’s the more likely culprit – put a multimeter onto the fan’s power source and see if it’s receiving any power. If not, you are going to have to replace it.

If the fan is all right, check the thermal sensor with the multimeter too. If that turns out to be the issue, you’re going to have to get a new sensor. However, we do recommend seeking a professional’s help in this case as replacing a thermal sensor is a bit challenging. 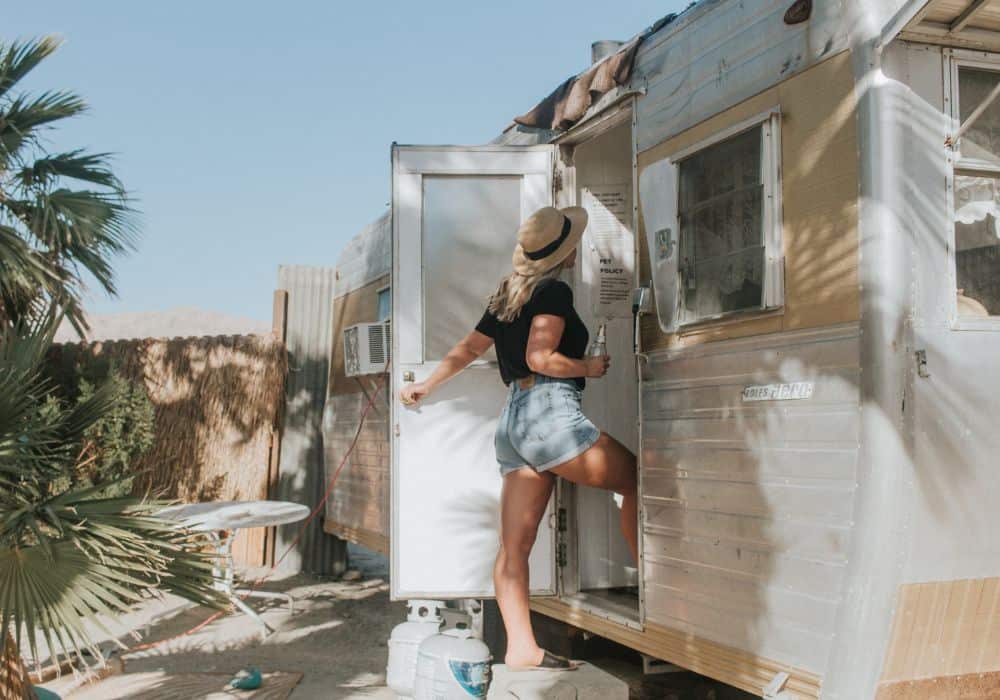 When it comes to a vehicle’s electrical system and battery, everything is managed by the onboard computer. This means that simple circuit board issues can very easily screw everything up and explain why the battery isn’t charging. Such problems can include anything such as a blown fuse, a burned resistor or diodes, as well as corrosion on the circuit board itself. So, what to do here?

The first check to do here would be to look for corrosion on the circuit board – if that is present, then it’s the most likely cause of your charging issues. Fortunately, there are quite a few ways to clean corrosion off a circuit board – just be gentle as circuit boards are delicate and you can actually make things worse on accident.

If that’s not the problem, look for a blown fuse as that’s a very common issue. To find a potentially blown fuse, either look for visual signs of it being blown out or just use a process of elimination – remove one fuse at a time (or switch its circuit breaker off) and turn the corresponding appliance on. If you do find a blown fuse that way, you’ll simply need to replace it.

When a fuse isn’t the problem either, turn your attention to the resistor and diodes – these are what converts the power source from AC power to DC power. Sudden temperature spikes can easily burn the diodes and resistor out, however, which means that your system will have issues converting the volts it needs to operate.

Fortunately, spotting a burned-out diode or resistor is pretty easy as the burnt markings should be fairly obvious. Unfortunately, replacing these components is much trickier than replacing a blown fuse, and you’d do well to seek professional help for this step.

If you’re charging your travel trailer in an RV park, don’t be surprised if the reason for the charging issues is actually in the power post and not in your vehicle. Such power posts can very easily burn out or get damaged as they are both used pretty often and aren’t always maintained properly.

If the issue is in the trailer park’s power post, the solution would obviously be to call the park manager and let them know while you look for a different charging station. Before you do that, however, you need to check and make sure that the issue isn’t in your vehicle as not only is the park’s manager not going to appreciate having their time wasted but you’ll be wasting your own time too. 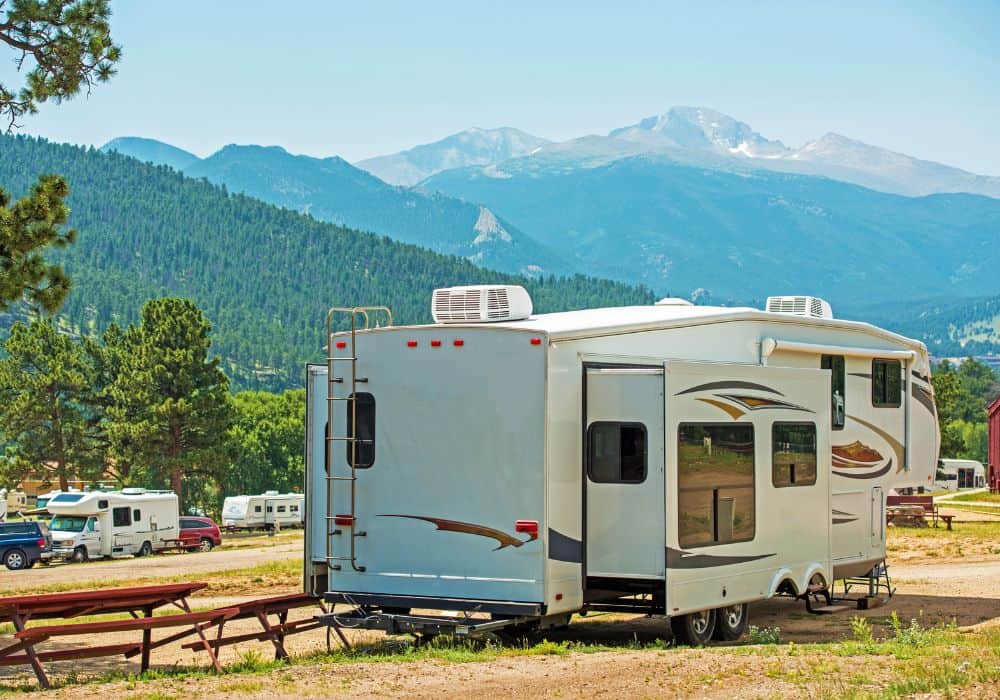 Another issue would be that your battery is just incapable of holding onto its voltage even after you’ve recharged it fully. In other words, the battery is actually charging – or at least seems to be charging – but then it still doesn’t work properly when you try driving with it. This is arguably the most unfortunate issue here as there aren’t many things you can do about it.

To identify that as the issue, first make sure any of the other problems above isn’t the case as they are generally more manageable. If not, make sure this is the issue by fully recharging the battery and then disconnecting it from the RV and leaving it to rest overnight, disconnected from the vehicle’s electrical system.

After that, just use a voltmeter or a multimeter to see how much charge the battery has held onto. If it’s still full, then it’s obviously holding its charge just fine. If it has lost even a bit of power, however, then the problem is inside the battery itself.

In this case, the best thing to do would be to consult with a professional as they will be able to either repair and recondition the battery and return it to a functional state or they’ll tell you if you just need to get a new battery.

A standard trailer battery will usually last somewhere between 5 and 7 years with good care or as little as 1 or 2 years if neglected. Either way, however, sometimes your trailer battery is just dead and needs to be retired.

In conclusion – what to do when you’ve got a trailer battery not charging?

In many ways, trailer batteries are similar to all other vehicle batteries – if they malfunction, the first things to check would be the battery terminals, then the onboard computer and circuit board, then the converter. If neither of those is the issue, then you might need a new battery.